also does graphics for brochures, ads, logos, products, decals, book covers, signs and 3D renderings. We also do illustrations for books and book covers. To receive a quote on a project you would like for Creative Streams to do contact us by email or phone us. Examples of our work is shown below 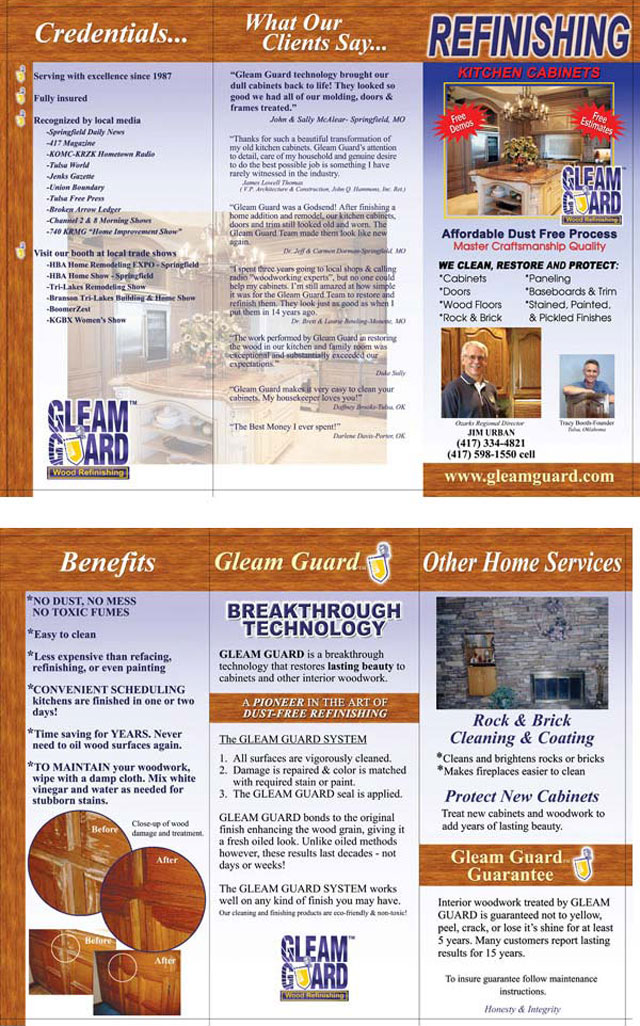 This brochure was done for Gleam Guard a wood protection and refinishing service. 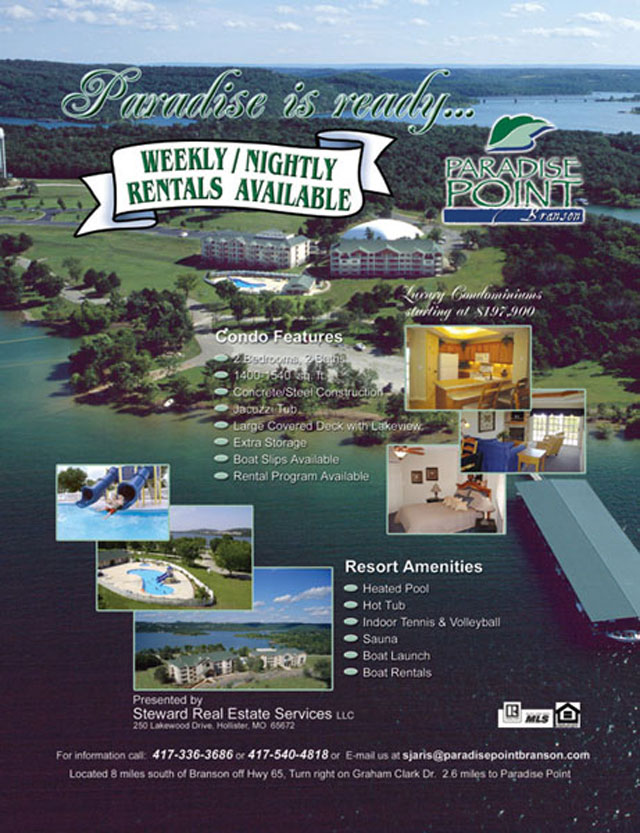 This ad art was done for Paradise Point in Branson, Missouri. It was feature in the Parade of Homes Magazine for June. The logo has since been changed. 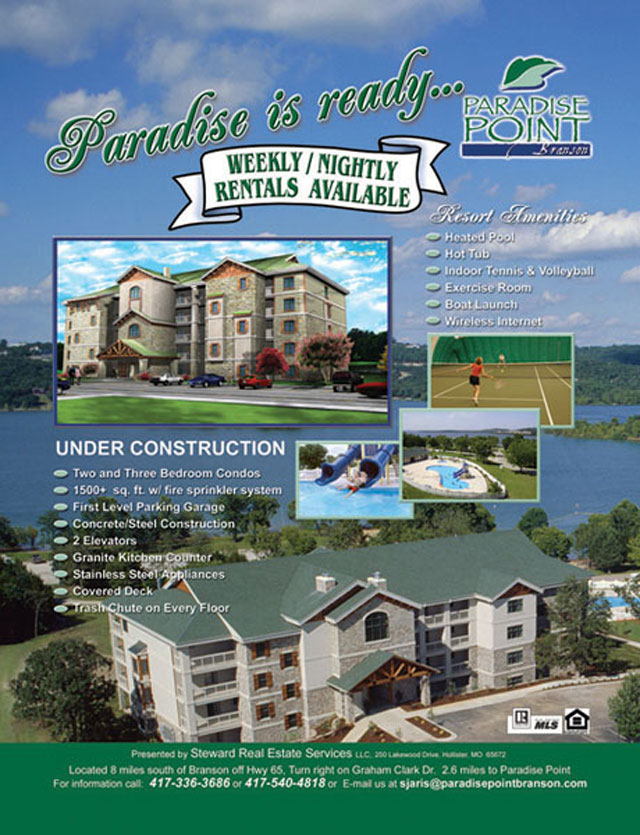 This ad art was done for Paradise Point in Branson, Missouri. It was feature in the Parade of Homes Magazine for December. 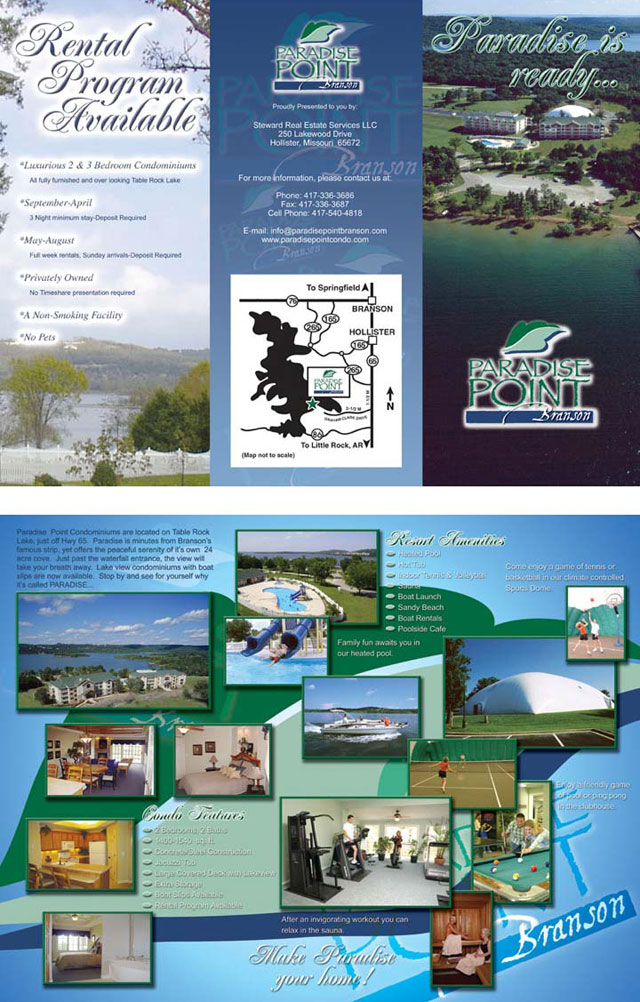 This brochure features photos of the Paradise Point, it's amenities, rental program, and map on the back. The logo is transposed on many of the panels. 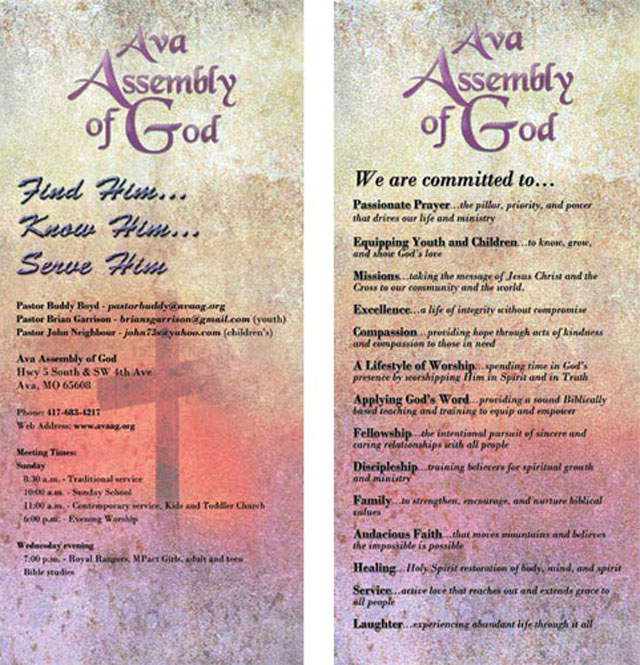 This rack card was designed using a texture in the background, then adjusted in photoshop, with the photo on top. 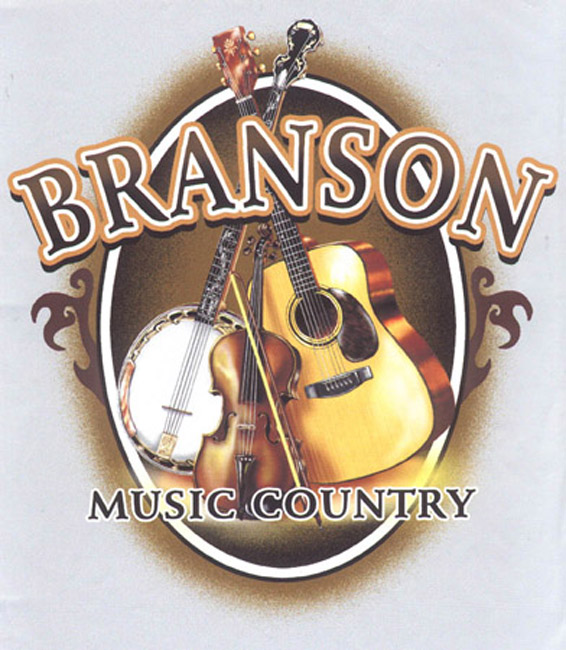 The design was originally done for a tee shirt. Constructed and airbrushed entirely in photoshop. 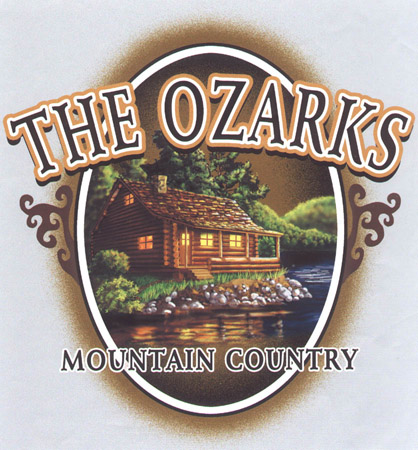 This design was done using an outline as a guide the painted entirely in photoshop. 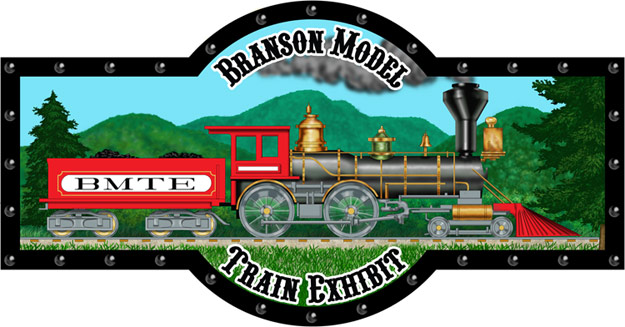 The train and background were were constructed in Illustrator and brought over to Photoshop and airbrushed. The art was used to be printed on pressure sensitive vinyl for a business window. 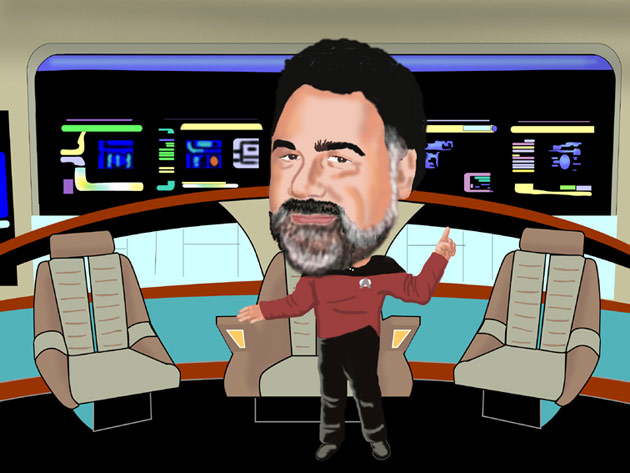 A friend wanted me to do an photoshop airbrush characterization of his face, and put hin in a Star Trek Next Generation background. 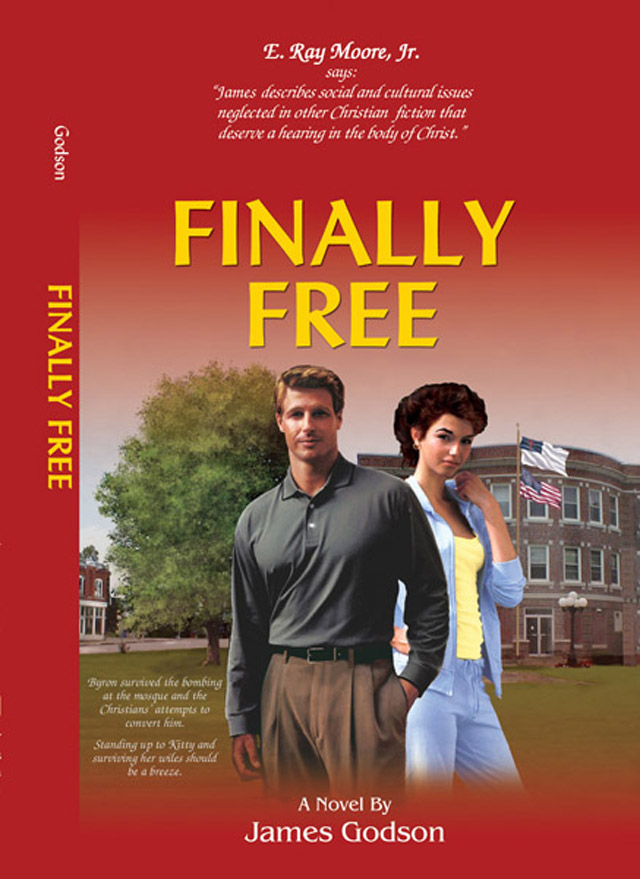 This book cover is a combination of several photos put together into a scene and airbrushed in Photoshop.

For Love of Liberty Book Cover 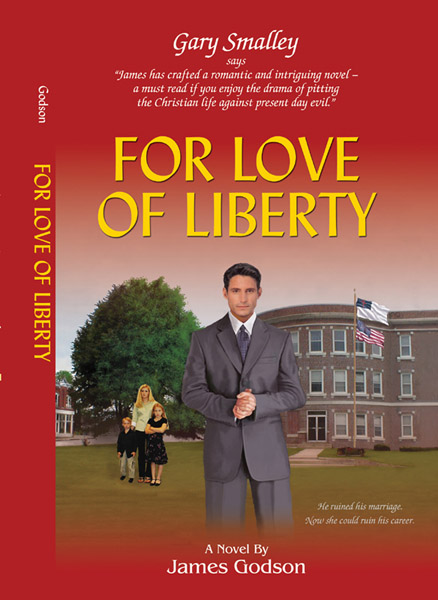 The book cover is the first one in the series. Again done from several photos and airbrushed in Photoshop. The hands had to be repainted to match the lighting, as well as the building being cloned in to make it look wider. 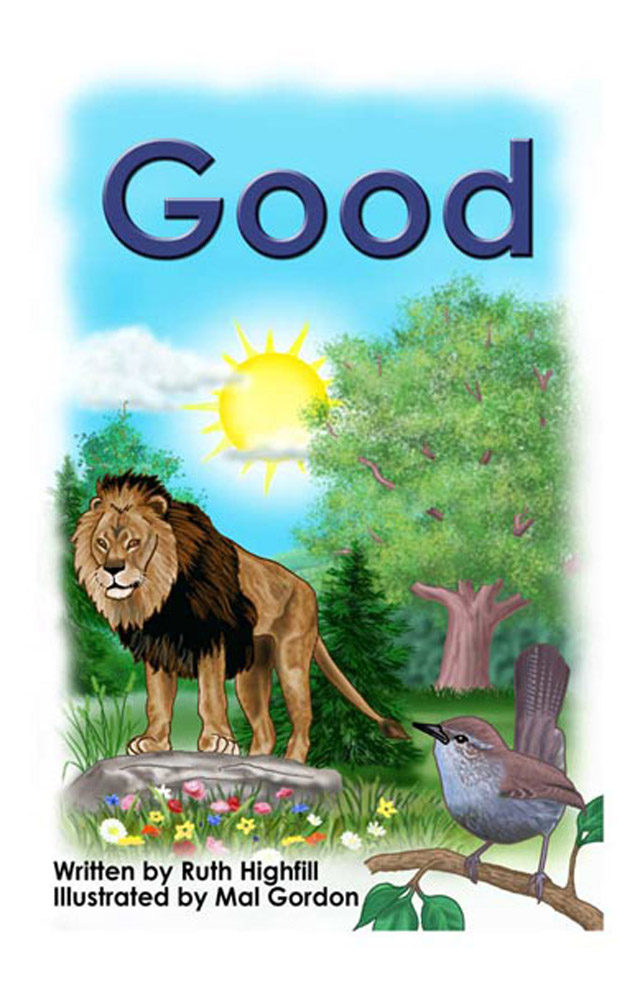 This shows the front cover of the first children's book by Ruth Highfill. The book an illustration were done by Creative Streams artist: Mal Gordon, and depict the Creation in the Bible. Emial us for information about purchasing this book. 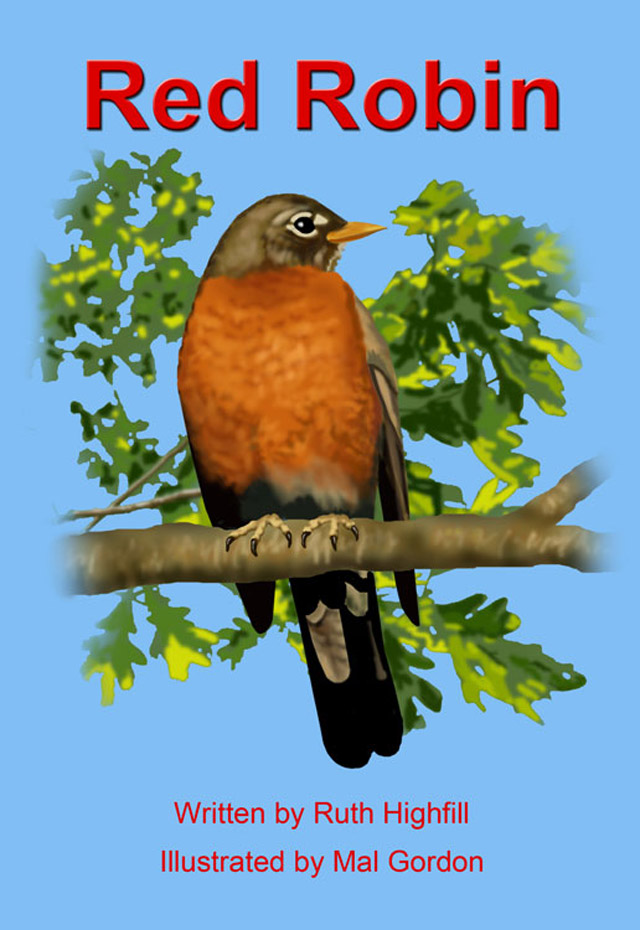 The cover and illustration were done by Creative Streams artist: Mal Gordon. The book tells a story about the red robin through pictures and preschool words. Emial us for information about purchasing this book. 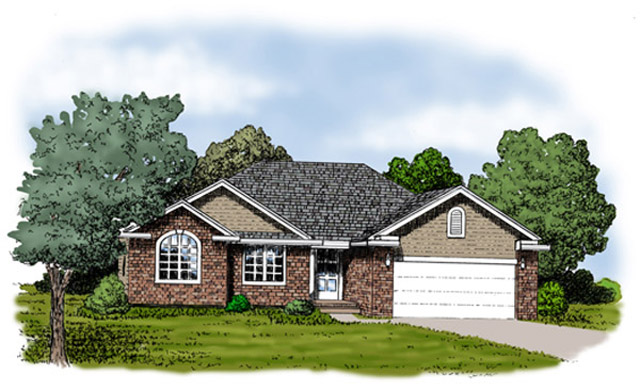 The rendering-done for Ozark Mountain Homes-was drawn by hand and airbrushed in Photoshop.

The Ozark Mountain Motorcycle Rally, designed by Creative Streams was constructed in Illustrator to be used in ads, transfers, and banner signs.

Fat Daddy's Bar-B-Que logo was designed by Creative Streams and then used on tee shirts, and a lighted sign depicted here.

Vintage Paris logo was done in Illustrator and used on signs, cut vinyl, and printed media. The concept was to do a French Toulouse Lautrec style of logo with the Eiffel Tower and 1900's French lettering style.

The concept for the Western Taney County Fire and Rescue was supplied, then changed and executed to be used on tee shirts.

The logo for Firedog Digital Media depict a dalmatian with a fire hat. The company produces digital media for fireman, so owner wanted a dynamic cartoon style logo with blue flames.

The South Bound Train logo is for a country band from the Branson, Missouri area. The logo was airbrushed in Photoshop then vectorized in Illustrator for a vehicle wrap and billboard sign. 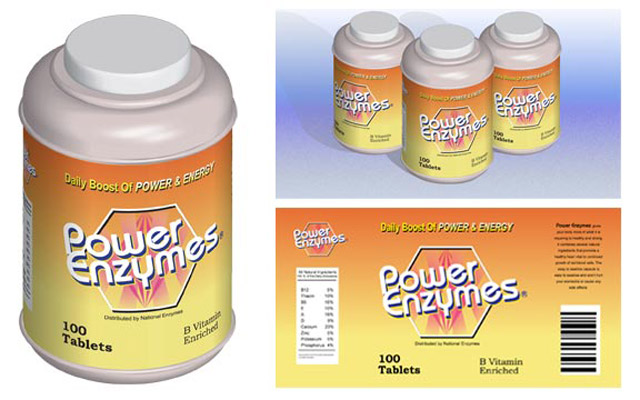 This depicts a graphic rendering of a mock enzyme product bottle and label. 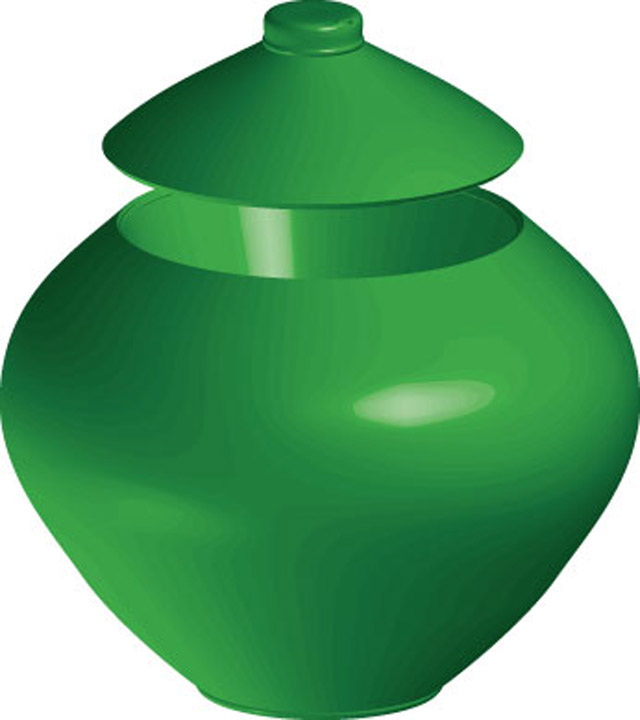 This was done in Illustrator in 3D rendering mode. The picture is actually two graphics put together. 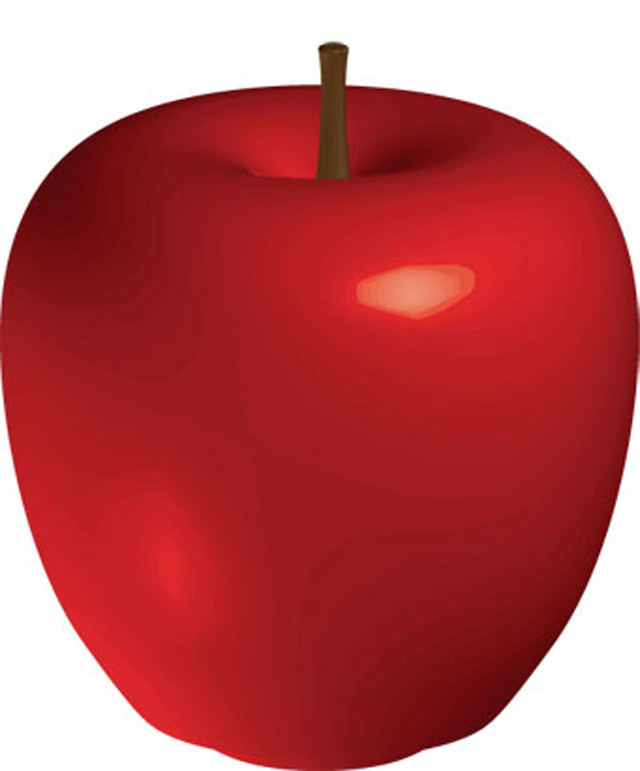 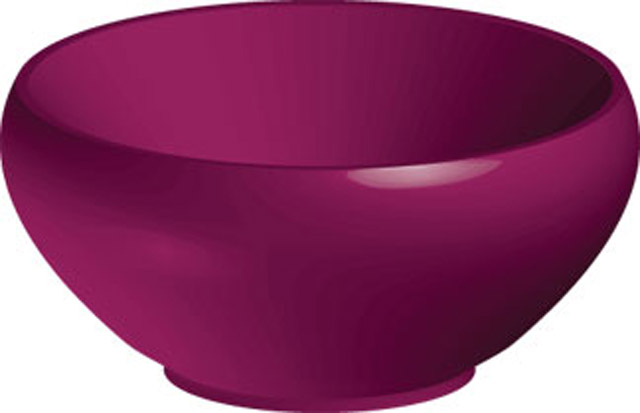 This rendering was also done in Illustrator in 3D mode. 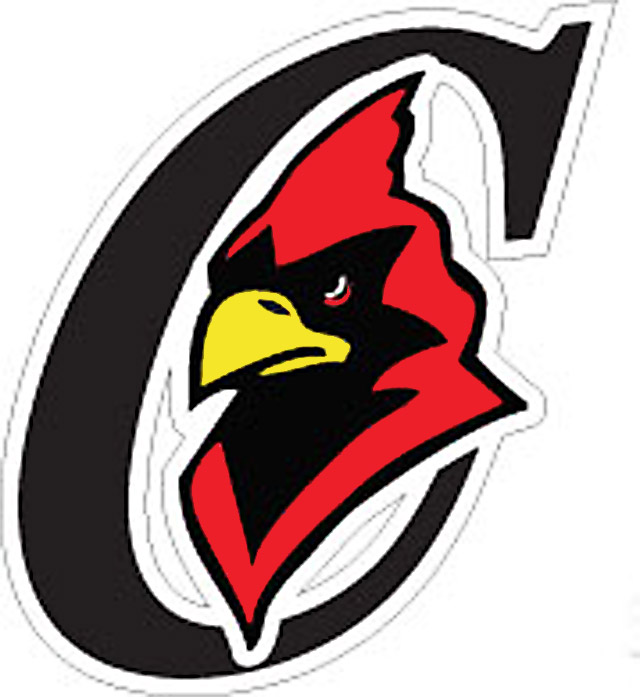 This product was was designed in Illustrator and then digitally printed on a vinyl decal to be placed on baseball helmets. 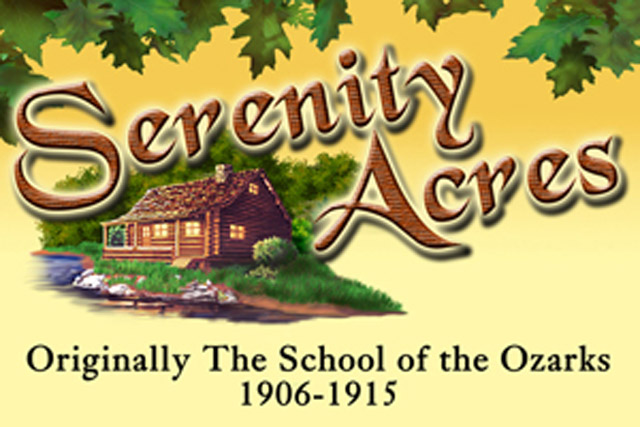 This is a four foot by six foot wrap designed and printed through Creative Streams. 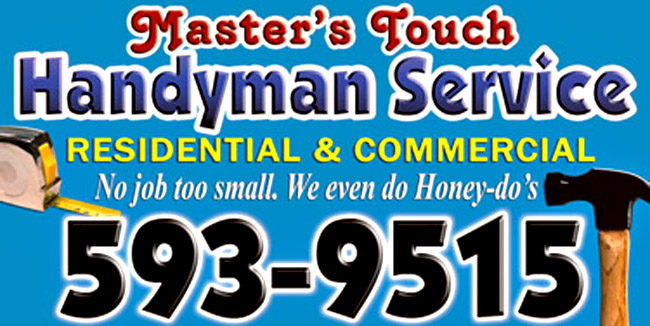 Masters Touch Handyman Magnetic Sign was designed and printed by Creative Streams. The size is one foot by two feet. 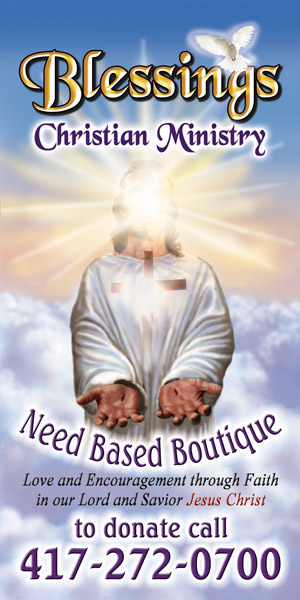 This sign was airbrushed in Photoshop using several phots for reference. The completed sign was printed on PSV and put on double sided MDO.. 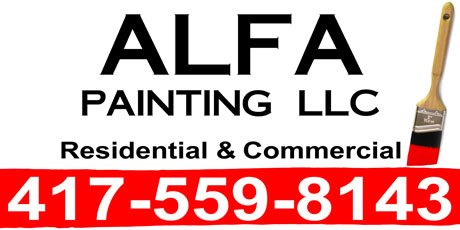 ALFA Painting Magnetic Sign was designed and printed by Creative Streams. The size is one foot by two feet, and is a very straight forward design without a lot of frills.